After finishing her second year of college, Tracy Wang discovered that although she had several Greek organizations to choose from, she could not find a connection and did not share similar values with any of these organizations. She expanded her horizons by researching about sororities that were not represented on campus. Tracy Wang soon met Sydney Sajuna Destiney Kronrad, who shared her vision and values.  They realized they needed something on campus that would allow other women , like them, to find a strong support system and to become strong leaders.

After a semester of searching, Tracy Wang decided to bring an Asian-interest sorority to campus that shared their values. They wanted an organization that unites other women who felt disconnected and disheartened by the false stereotypes of Greek life. Tracy Wang and Sydney Sajuna Destiney Kronrad embraced the seven virtues of Delta Phi Lambda and started working towards creating a family and a sisterhood that will be everlasting.

Many of the members were active student leaders involved in various organizations across  campus. They all shared a goal to raise awareness of the Asian culture as well as a goal to empower women to take initiative and to become leaders. They also yearned for a support system, a family, and a sisterhood.

With the promise they made to carry out their virtues and goals, along with the guidance of the sisters, the members of OPAL chartered Delta Phi Lambda Sorority, Inc. on March 31, 2012 at University at Albany.
​ 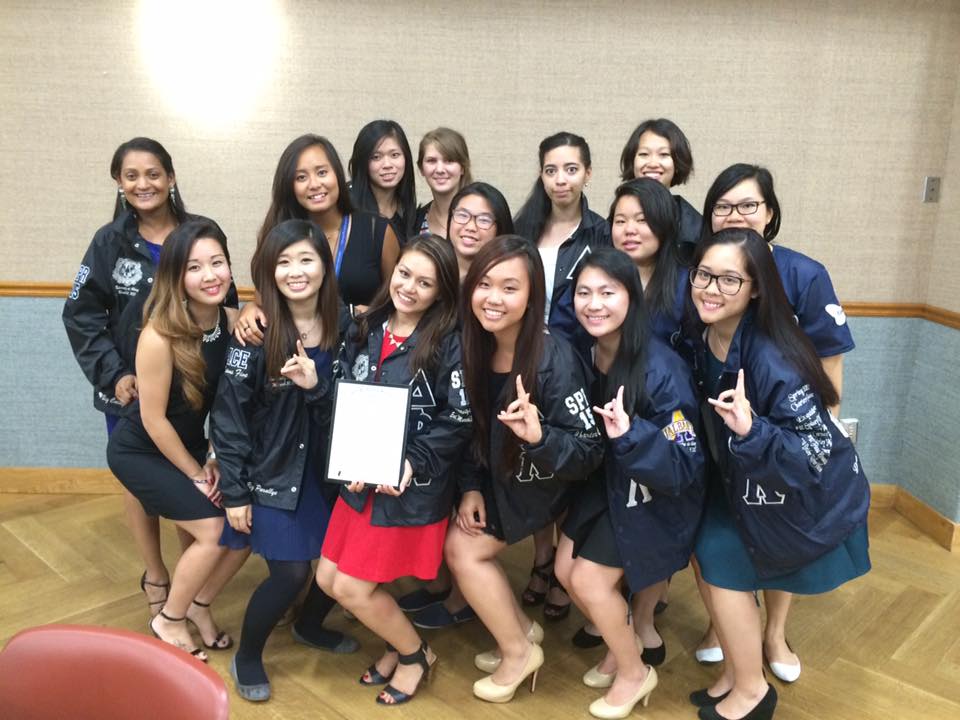 In 2012, 8 bold women chartered Delta Phi Lambda Sorority, Inc. here at the University at Albany. Throughout the first 3 years, we have held each other hand in hand to climb the highest of mountains and the lowest of valleys. We learned to persevere through hardship, transform our differences into symbols of love, and make our organization exceptionally known on campus. And finally in 2015, we are so incredibly humbled for this day to finally come. Here's to strong dedicated female leaders.....may we know them, may we BE them, and may we continue to raise them. As of August 8th, 2015, we will now and forever be known as the MU CHAPTER of Delta Phi Lambda Sorority, Incorporated!